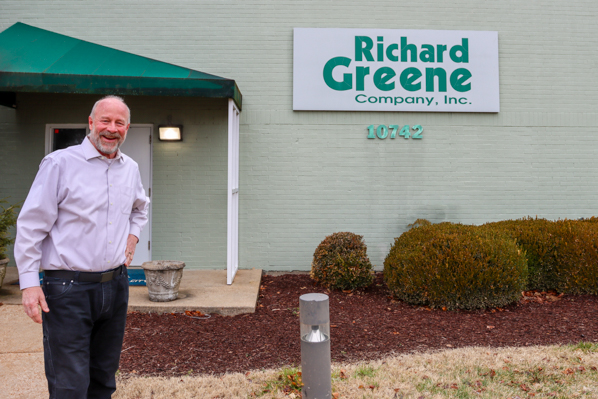 Developing and Executing Your Succession Plan and Exit Strategy

The Richard Greene Company was established in 1958 as a manufacturer’s representative selling timers and sensing products, before transitioning into the distribution of industrial control products in the 1970s. In 1978, the founder’s son (and namesake) Rich Greene joined the organization before becoming the owner in the mid-1990s and built thriving relationships with both clients and employees along the way. 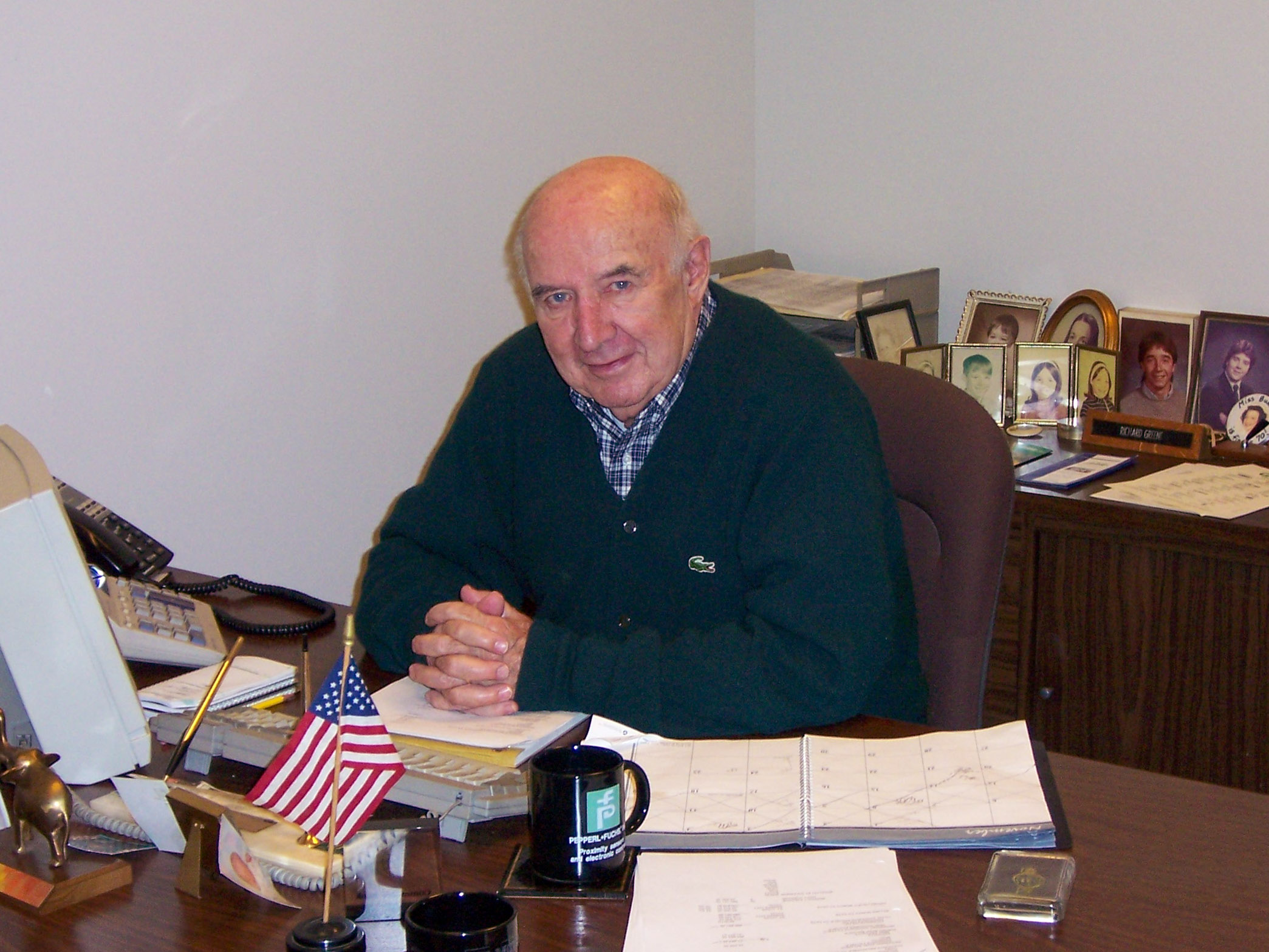 Richard Greene, Founder. Photographed at his desk in 2005

Rich was initially interested in the benefits of an external peer board when he first started working with Cornell Meyer at The Alexander Group in 2014. Rich knew other industry peers depended on external boards as a sounding board and collective knowledge base and had some challenges to work through other leaders would recognize and be able to offer their insight.

The biggest concern Rich had for his company was the age of the workforce. While turnover was low and employee loyalty was high, this also translated into many of the long-term employees hitting retirement at the same time. Rich and Cornell worked together to create a hiring strategy which brought in fresh blood and offered some peace of mind the sales team was solid.

Ultimately, Rich wanted to develop an exit plan to ensure the current employees would continue to be treated the way they had come to expect and company culture would be maintained. Before starting work with Cornell, Rich had struggled to create this plan on his own while beginning to consider several options.

When Cornell and Rich together gained focus on an Exit plan, they explored various methods to employ, including creating an Employee Stock Ownership Plan (ESOP). The company would set up a trust fund and shares in this trust would be allocated to employee accounts. As the employees continue with the company, they increasingly earn the right to those shares — a process that’s called vesting, and something that must happen within 3-6 years. When employees (or leaders like Rich) leave the company, they receive their stock, which the company can buy back at fair market value.

Another option Rich and Cornell explored was using a broker to facilitate a sale. Because brokerage fees for the transaction would be significant, the terms of the brokerage agreement needed to be just right. Although this option would help bring in potential buyers at a national level, Rich was concerned about how that would translate into questions about how the employees would be treated after he left.

A sale to key employees was considered, but the self-financing component of the sale was risky.

While focusing on a final strategy, Cornell then guided Rich through tying up loose ends within the business. A legal team was called in to resolve some outstanding issues, to clean up meeting minutes and corporate records.

Eventually, the news got out that Rich was looking to sell to a strategic buyer. A company called Ramco out of Des Moines, Iowa approached about a potential sale. Both businesses had nearly identical product lines, similar distribution methods, and most importantly, both had employee-centric company cultures and values. After several meetings with Cornell by his side and a process wrought with plenty of emotion, Rich sold his business to Ramco with the assurance the current employees would receive the same recognition and appreciation when the new team took ownership. 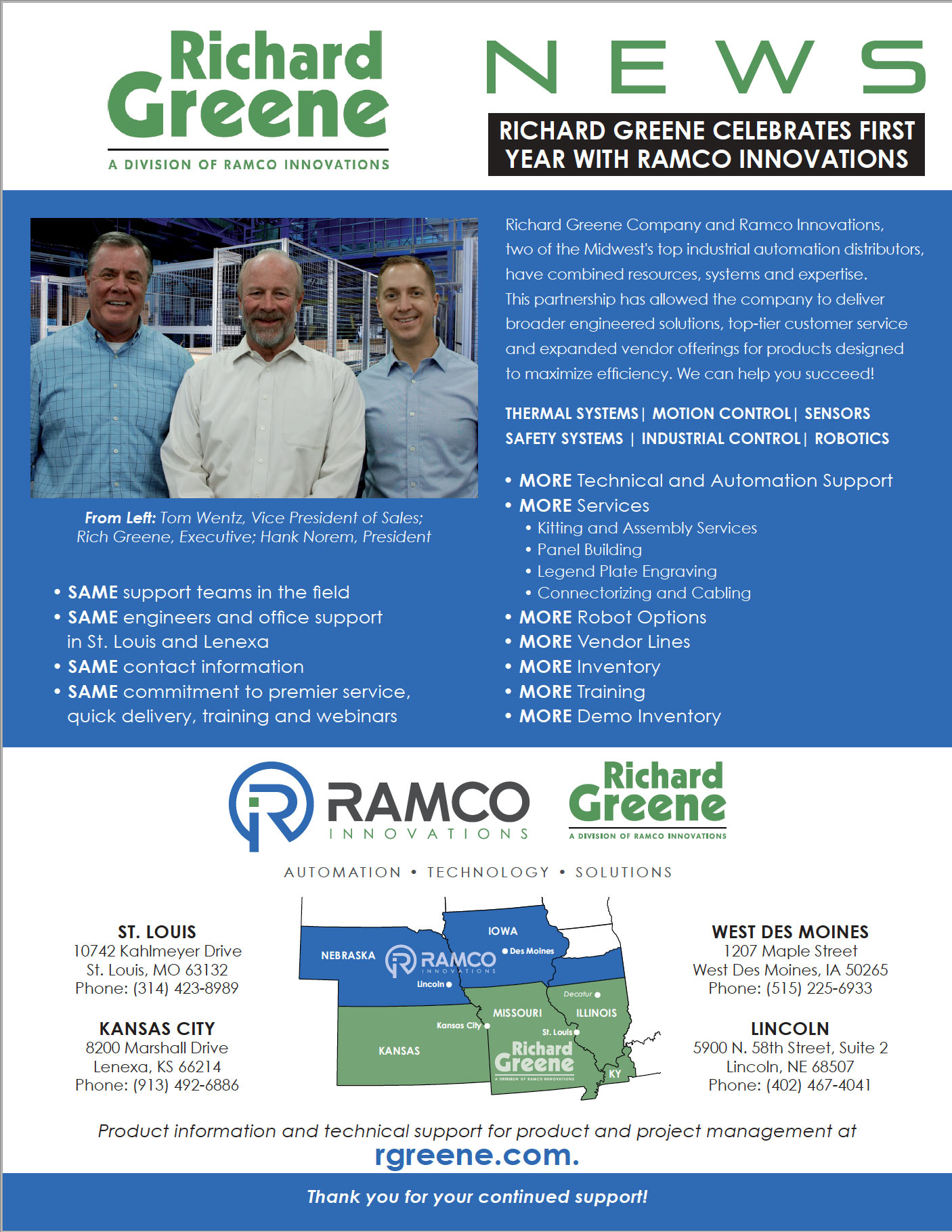 Although all business sales can be difficult, time-consuming, and complex, they are often further complicated by the involvement on both sides of third-party experts like accountants and attorneys. Rich experienced his fair share of these complications and turned to The Alexander Group to help him navigate through the complexity, he says. “That ball took off pretty quick and Cornell was by my side, so to speak, during that process and pushing it along. Cornell has experience in these things, and this was my first time selling a business. He worked to help me understand questions about taxation and sales contracts, even when things got pretty confusing.”

Rich says that Cornell and The Alexander Group were instrumental in helping him sell his father’s business, one he had invested so many of his years into. “He would be the straight man, pulling me out of it…and helped push the process along. I think we got it done a lot quicker than we would have otherwise.” The sale closed January 2020, and Rich continues working on the executive committee in a consultative role based on the sales agreement.

It’s never easy to think about how to move on from the business that’s been built over the years or even generations, but the sooner exit planning starts, the smoother the exit — just ask Rich Greene. Reach out to the team at The Alexander Group to get a plan started today and secure peace of mind about the future of your business.

Business Owners’ Biggest Mistakes: Do You Have a Succession Plan or Exit Strategy?

How Your Emotional Intelligence Can Impact Your Business

Is It Time for Business Growth?

Previous Post The Cost of Ransomware Attacks to Businesses Next Post Do You Need a Business Coach?

It's Time to Get Back to Accountability at Work